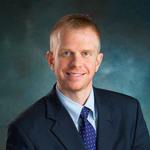 Michael E. Motto is a member owner  at Bush, Motto, Creen, Koury & Halligan PLC. Michael is a double major graduate of the University of Iowa (BA Political Science and French 2003).  He graduated from law school from Chicago Kent Law School in 2006 (JD). He joined the the Bush, Motto, Creen, Koury & Halligan PLC. Mike joined the law firm in 2006, and is a member since 2011. He practices law in a wide area of civil and criminal matters and trial litigation. Michael is one of the premiere criminal defense attorneys in the Quad City area, being called upon for the most difficult of criminal cases.He often is assigned some of the toughest cases when a defendant needs a court assigned defense attorney.  Michael speaks multiple languages, including French, Swedish and Russian.

Professional License and Admitted to these Courts:

Thank you for contacting us. We will get back to you shortly.

Please complete all required fields below.

We will work hard to earn your trust and loyalty through our commitment to you and your case, by our work ethic, our experience and resources, our deep commitment to obtain justice and our honest ethical approach.